An Old Dog with a lot of history

The French have a saying “plus ça change, plus c’est pariel” roughly translated means "The more things change, the more they stay the same." (apparently). Anyway, I think it is so true in so many ways not just in my life but in life in general.

Today I spent a bit of time with Google and I found lots of interesting information about lure making history both here in Australia and overseas. I read about James Heddon - while waiting on a fishing partner one afternoon in 1898, James Heddon innocently tossed a piece of wood he had whittled into a pond. Suddenly, a bass appeared and began striking at the wood. Excited by this finding, Heddon carved a wooden frog out of a broom handle, added gang hooks, and voila – The first wooden artificial lure was created. James Heddon would go on to form the James Heddon’s Sons Co., and the company would grow to become one of the world’s largest manufacturers of artificial fishing tackle.
I also read about Julio T Buel, according to the legend, Buel was eating lunch on his boat one afternoon when he accidentally dropped a spoon in the water. The spoon began to slowly sink to the bottom. Before Buel could make a move to retrieve it, a large bass swam up and began striking the spoon.Buel knew an opportunity when saw one. And so, inspired by his discovery, he decided to take another spoon, attach a hook to it, and toss it in the water. Buel and his spoon lure not only hooked several large bass that day, but this successful fishing trip also laid a path that would launch him into a career as a successful artificial bait and lure manufacturer. These two stories are extracts from Master Spring & Wire Form Company's website. In a previous blog post I talked about Laurie Rapala and how it all began for him you can read more here.
There have been many talented lure makers in Australia's history too e.g. Peter Newell and Eric Moller were craftsmen in my time. There are many gifted lure makers today who are doing extraordinary and imaginative work. If you are in the Ipswich area on June 16-17 a visit to the 2018 Lure, Fly & Outdoor Expo is a must. The address is 81 Warwick Rd, Ipswich QLD 4035. Unfortunately, we can't get away this year to go but have it pencilled in for next year. 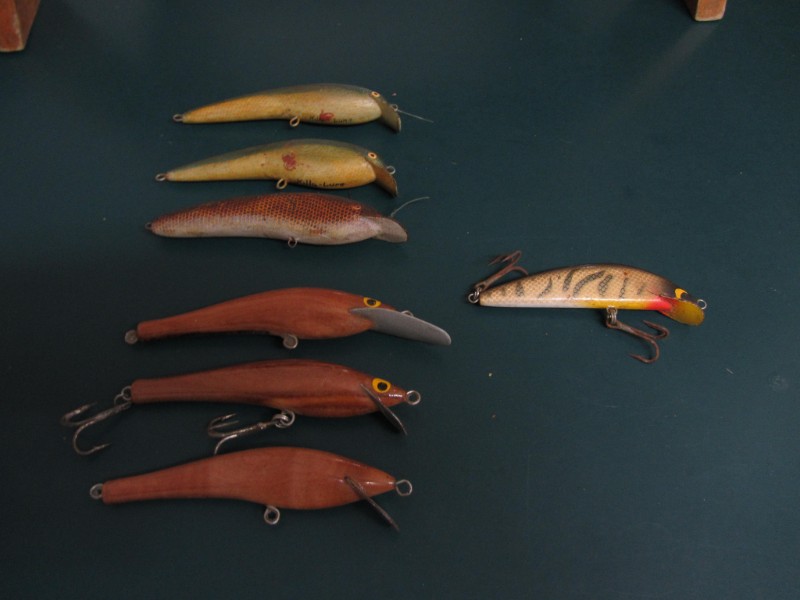 Above: These are a sample of the very early lures.

I first started making lures for my own use back in the early 1980s, I was catching fish and other blokes seeing me would ask me what I was using and ask me to make some for them. We started handcrafting lures full time in 1984 after I was retrenched from my sales position with an international security company. It wasn't a carefully thought out business decision, in fact, it was more a knee-jerk reaction.
We called the lures Killalure which was a play on our surname Killalea and by the mid-1990s we were producing 56,000+ lures out of timber a year when we sold and continued to manufacture for the new owner. We transitioned the lures from timber to plastic injection moulded.
In the early 2000s, we started a new brand of lures called DK Lures and these too were plastic injection mould but a more specialist type lure. DK Lures was responsible for models such as the Scaleraza, the Ferret, Eyecon and SnagMaster. 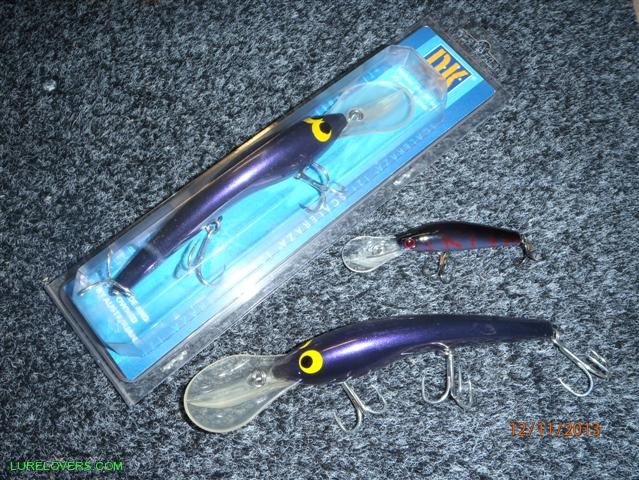 I had a break from making lures for about ten years but it was never far from my mind. During that time I retrained as a Drafter and specialised in 3D drafting. Below are the Guttermaster and the Mutt range which I kicked off Old Dog Lures with. 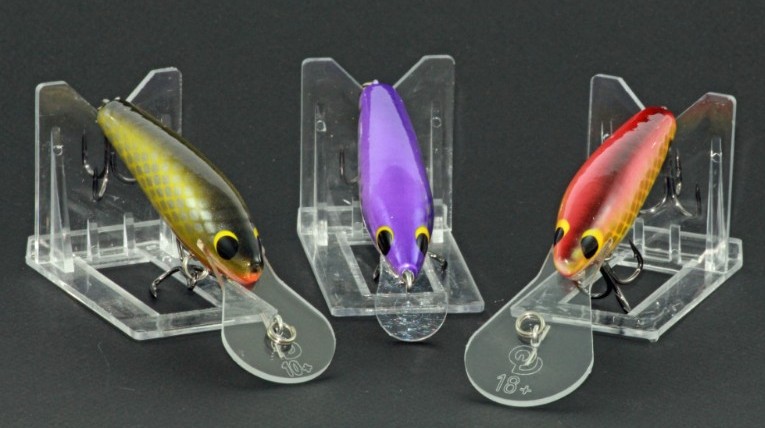 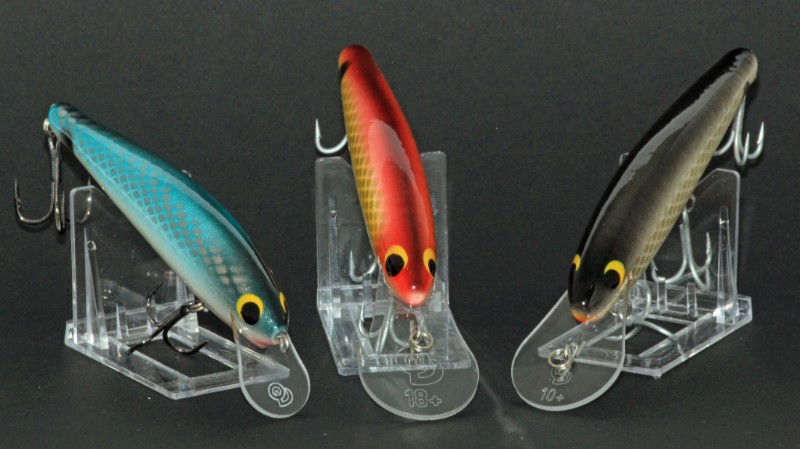 What has changed.....some major changes are: I can now draw 3D models of my lure designs which in the past was a big expense, I can print them on my 3D Printer allowing me to make modifications where necessary. Then I can cut them out using a lathe or router, which back in the day was simply unaffordable, and I can use the internet to interact with fisher people, other lure makers, customers and suppliers and yes I can research! 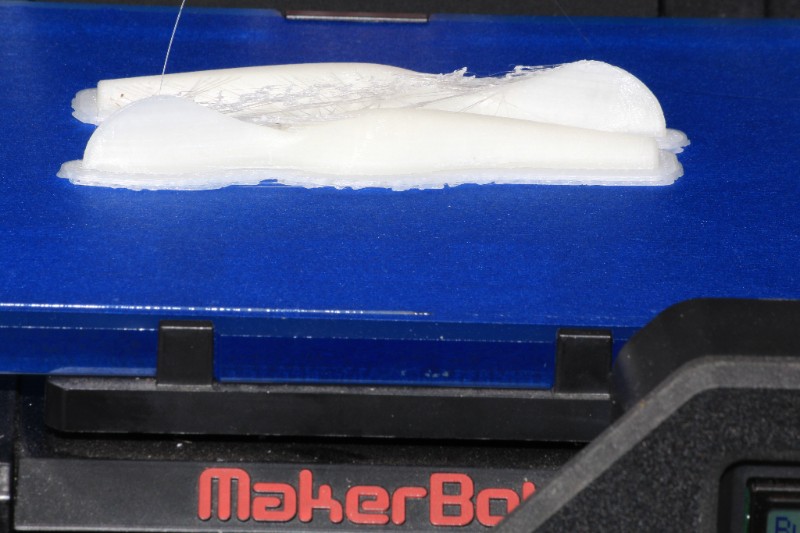 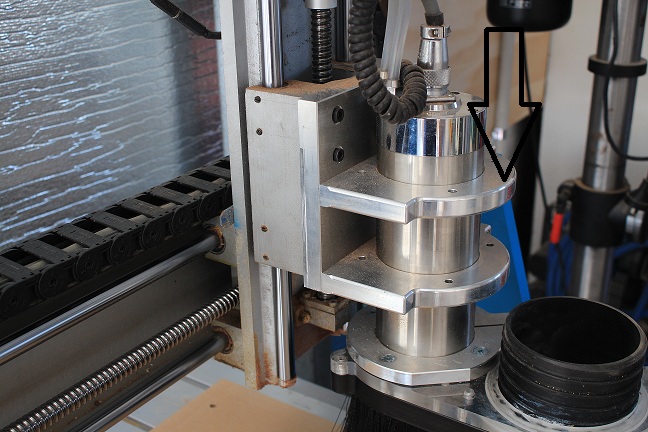 What has stayed the same.....I will let you decide, think about it for awhile.....