The first month of the Barra Season has gone and there has been some good barramundi caught and released by many anglers. One of the biggest I've seen reported was a barra caught by Ben Weston in Rockhampton. It was his largest on a lure (not an Old Dog, bugger!) and it went a massive 126cm, nice work.

You may recall in the last Newspaper I told you about working with Judi (Mrs Old Dog) and having a quite chat and she said to me “What would you say is the thing you think about most when it comes to our lures?”.

Well then she asked "What inspires you?" In the very early days I was truly inspired by a Book I read called the Rapala Fishing Guide, Secrets from the Pros and it sold for $3.95 - today you can buy a second hand copy for $12.99. 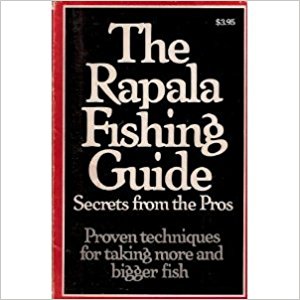 Well I almost wore the print off the pages I read it so often.I was convinced if Lauri Rapala could do so could I........ His was an amazing story born out of hardship, adversity and the need to survive but then lady luck also played it's part as she often does. Let me share a paragraph with you

"What happened next to our friendly little partnership was beyond imagination. We were completely unprepared when the August 17, 1962 issue of LIFE Magazine hit the newsstand with the article entitled "A Lure That Fish Can't Pass Up." You guessed it! That lure was the Rapala. As if good fortune weren't kind enough in merely printing the article, that particular issue of LIFE turned out to be one of the all time best sellers. It was the now famous Marilyn Monroe issue. It was like pouring gasoline on a campfire....a flareup that resulted in a backlog of orders for over three million lures!"

Enterprising Rapala owners began renting the lures for $5.00 a day with a $20.00 deposit......blackmarketeers were demanding and receiving up to $25.00 per Rapala.
That was both inspiring and motivating!
What has or does inspire You?